The land on which The Oaks stands was originally part of the Grant to Walter Lamb in 1873.

The property was purchased by William Goulding in 1884.  William Goulding was the owner of a hardware business in Sydney.  At this time he lived in the cottage which remains on the property at the rear of the house. By 1895 Goulding had built the large two storey home as a wedding gift to his bride, Rosa Emma Cable.

The Oaks is a large two storey late Victorian country mansion with pyramidal hipped galvansied iron roof and surrounding verandahs on both storeys.  The house is square in plan with an unusually raised clerestorery at the ridge flanked by two large chimneys.

The Oaks has an unusual construction method as it was built on a platform of concrete squares.  Concrete was only available from the 1880's after the Portland Cement Works commenced for the building of the General Post Office in Sydney.  Concrete footing would have been very new technology at the time.

The Oaks is of high aesthetic significance containing highly decorative interiors and individual designs to the planning and decor of each room. This includes decorative timber lining boards, decorative arches, french doors and windows. The house reflects the use if fashionable materials and styling for the period, including an oak staircase and a magnificent lead-light window imported from Ireland. The hall floor is tiled with large black and white tiles.

William Goulding who was clearly a succesful building merchant and the unique building style and detail reflects his tastes and skills as a merchant. Similar styling in other contemproary houses in the district indicate that he may have influenced the design and interior detail of other buidlings. The other houses that reflect similar interior details include 24 Mary Street, Rooty Hill, Neoblie on the Great Western Highway in Mt Druitt, and Howard Villa in Mount Druitt.

The property contains two remaining older structures including the original cottage, which predates the large house, and a ballroom built in the early 20th century. The rear yard also contains a well.  The rear verandah of The Oaks was infilled sometime in the 1940's.

The house is of high significance to the local Blacktown Community which fought for its preservation in the 1960's and 70's as the area was being re-developed by the housing commission.

Oakhurst was named after the Oaks, hurst meaning hillock or wooded eminence.  The Department of Housing's Landcom began developing Oakhurst in 1981 after the land was rezoned from rural to residential.  It officially became a suburb in April 1987.

The Oaks property sits adjacent to a public reserve which incorporates a sportsfield as well as an area of remnant bushland to the frontage on Hyatts Road.  The house is accessed from 54 Hyatts Road as the primary address and former entrance, but is also noted as being 12 Hanna Place.  Hanna Place is a culdesac that was created during the housing commission subdivision of the property.  A rear entry gate is available from Hanna Place but it is not the primary vehicle access.

The Oaks is a rare and substantial remaining example of a rural gentlemans residence in the Blacktown District. 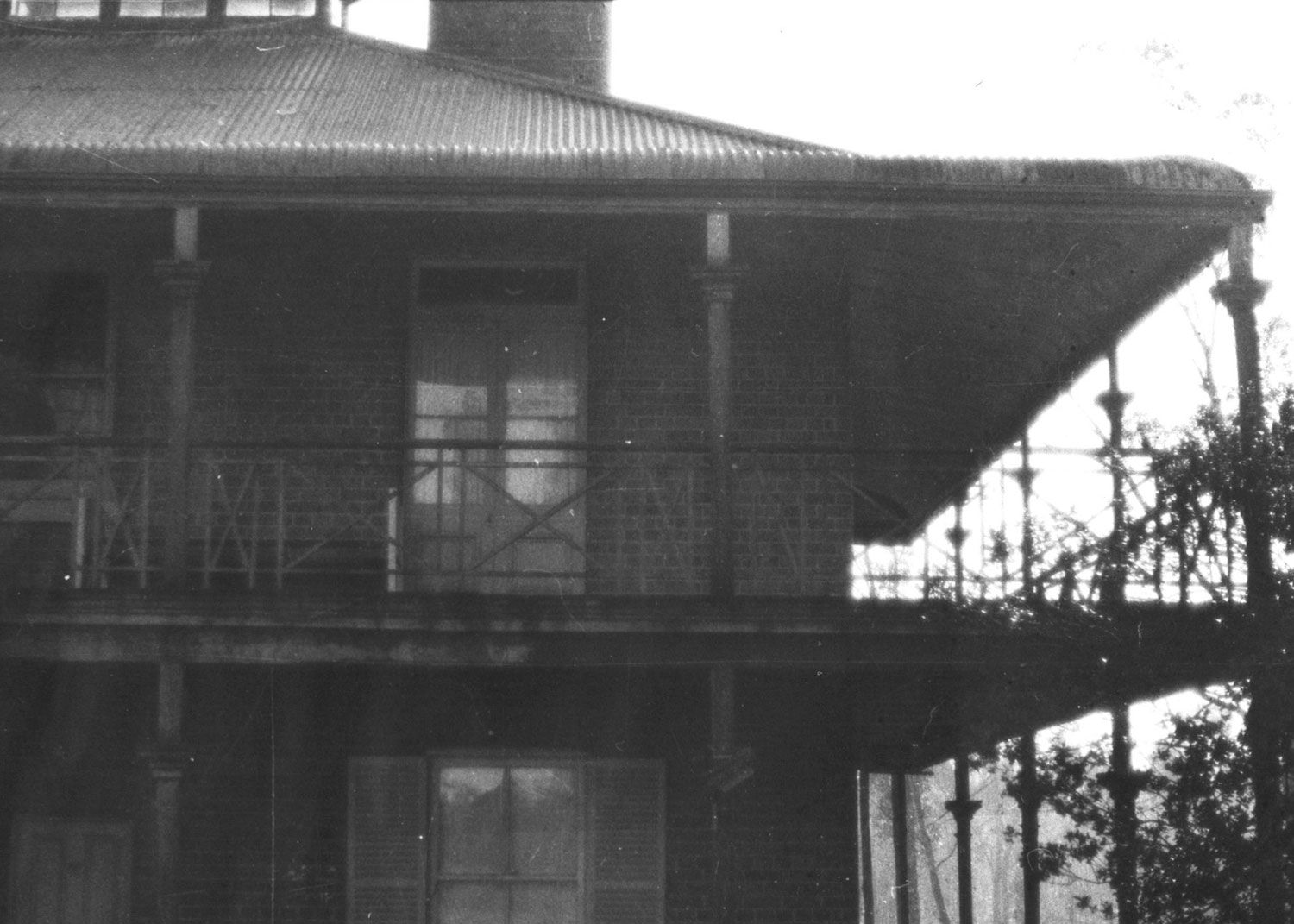 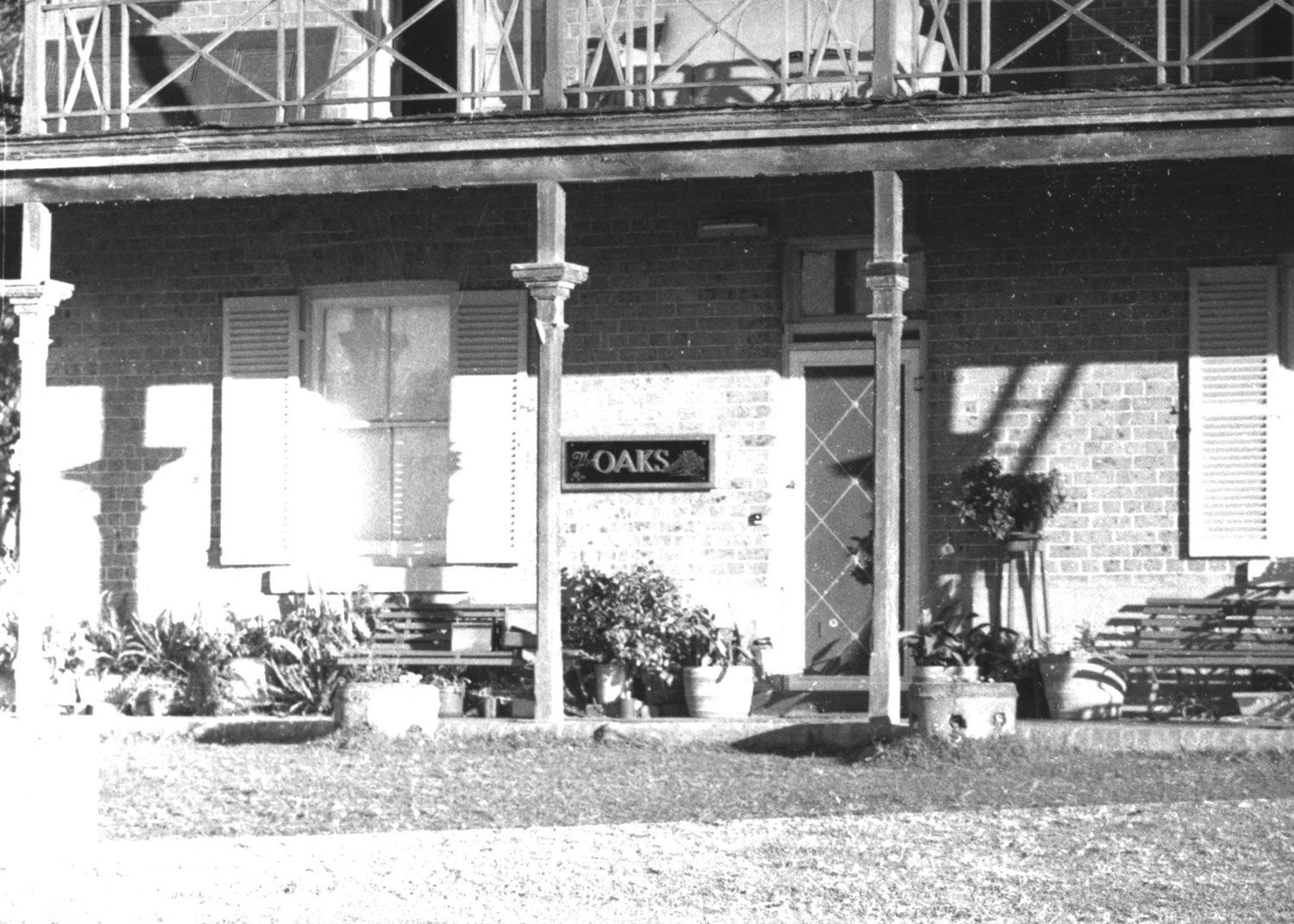 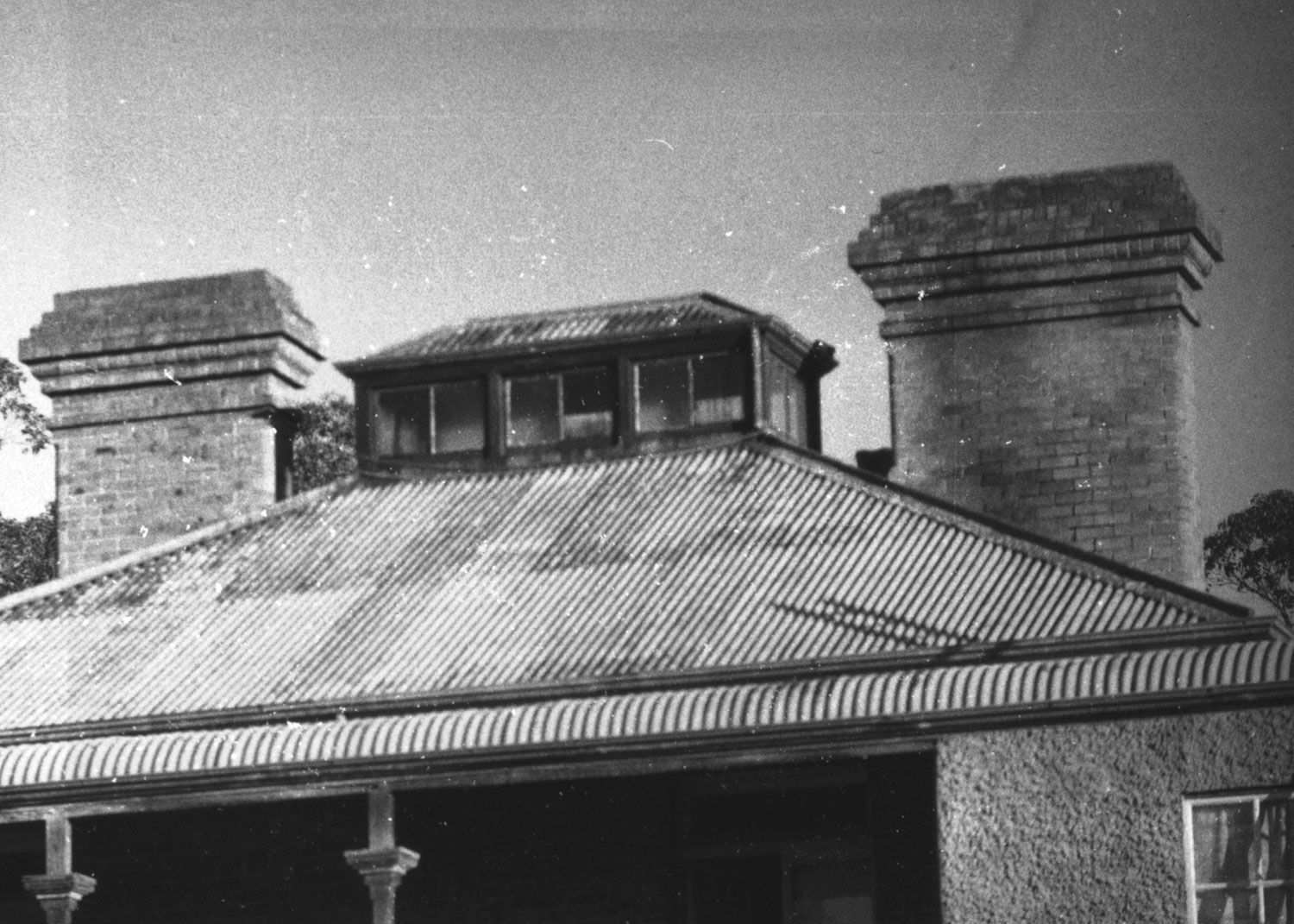 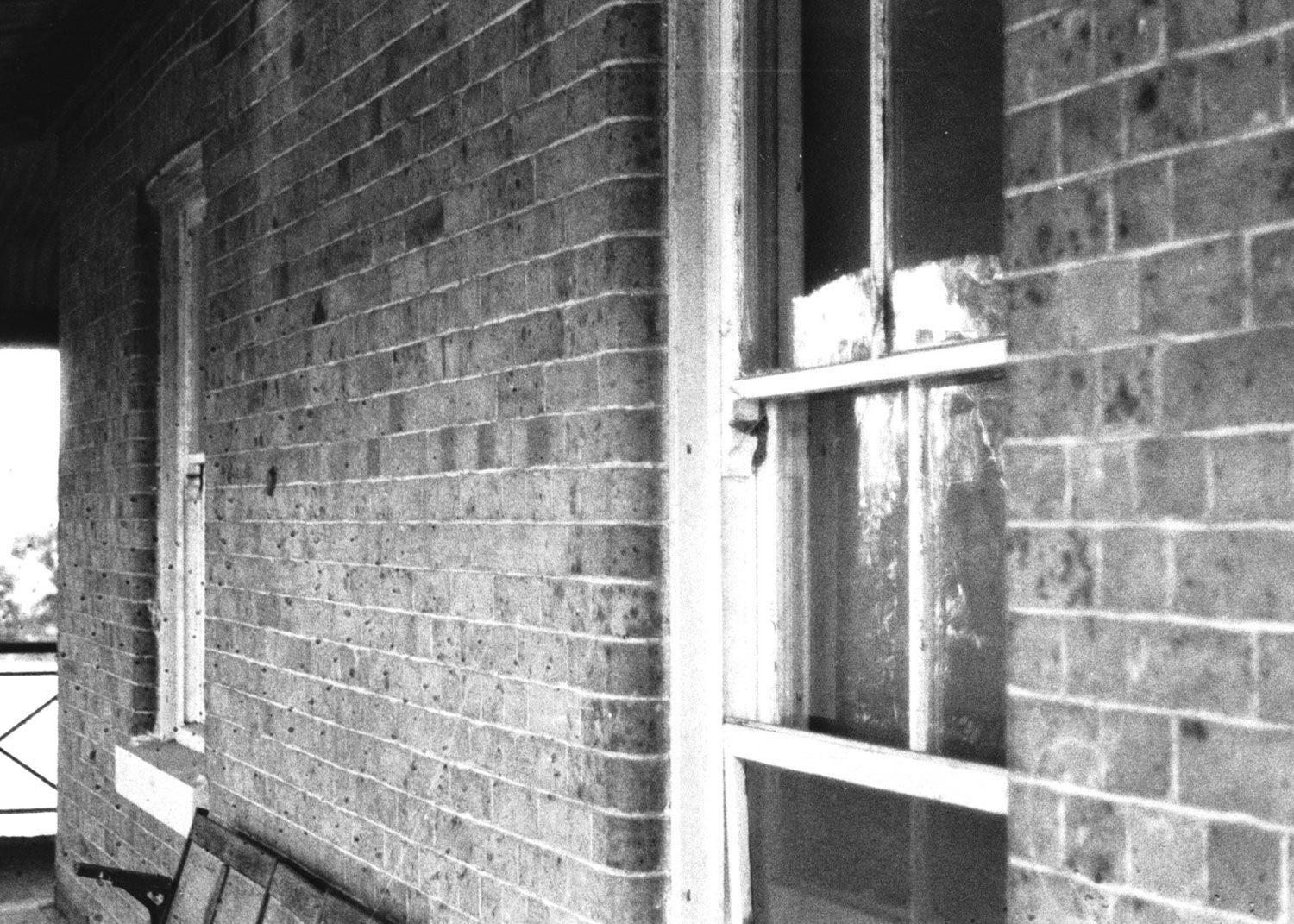 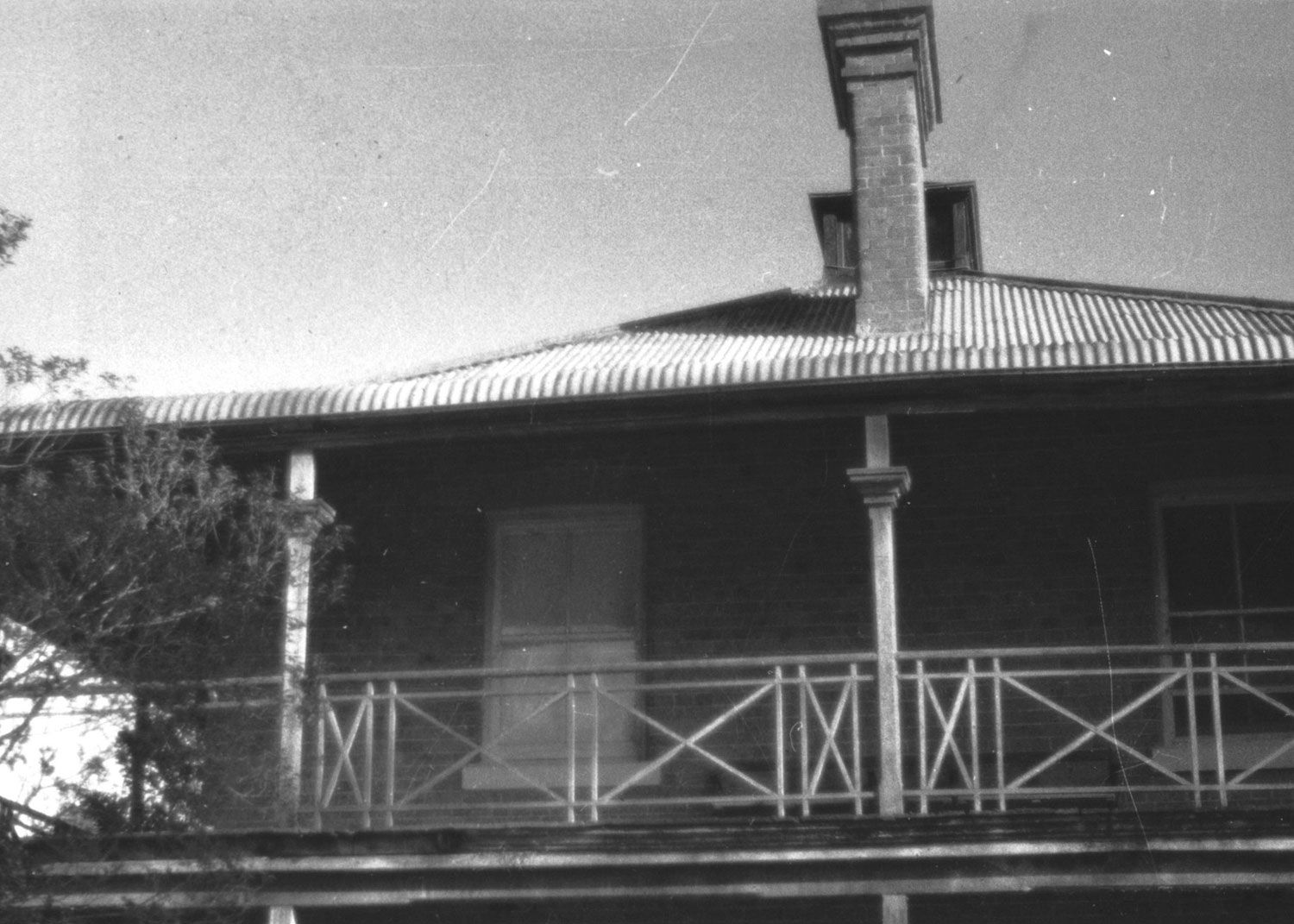 The Oaks had a long farming association with the Hanna Family 1918 to 1996.   The property was sold following the passing of Jim Hanna in 1995.

In 1991-1992 the University of Western Sydney conducted a research project 'From farms to freeways: Women's memories of Western Sydney'. The project sought to analyse the experiences of women who had lived in the Blacktown and Penrith areas since the early 1950s, including their responses to social changes brought about by rapid suburbanisation in the Western Sydney region in the post-war period.

One of the interviewees of this research project was Iris Hanna.

Iris Hanna was born on 30th November, 1914, at Lismore. Her father ran a dairy farm at Lismore. Iris married in 1944 and moved to The Oaks, Plumpton to live on the large poultry farm with her new husband, Jim Hanna. Iris and Jim had seven children together. Content in the Western Sydney Women's Oral History Project: From farms to freeways collection is licensed under a Creative Commons CC BY 3.0 AU licence.